Unite all Californian's in service

Engage Californians to come together to lift all communities through service, volunteerism, and vibrant public private partnerships.

Deidre Lind is an award-winning philanthropic leader with effective, impact-driven results.  Ms. Lind is the founding Executive Director of the California Volunteers Fund in support of the Office of California Volunteers for the State of California. She also is the founding President of the Mayor’s Fund for Los Angeles created to build a diverse array of public/private partnerships focused on innovation and impact.  Ms. Lind has built her career over two decades leading corporate responsibility and philanthropy programs, including serving for a decade as Mattel’s chief global social impact strategist and leading the Mattel Children's Foundation, Ms. Lind has served as the President of a private foundation and consulted with a number of corporate clients and government entities. She currently serves on the Boards of Directors of the Social Impact Fund and the Policy Committees of LA's Best, an after-school enrichment program, and Southern California Grant makers.

Sam Pansky is a social impact professional with experience across private, public, and non-profit sectors. Sam is the Development Associate and Grants Coordinator at the California Volunteers Fund. Previously, Sam has worked on numerous social impact campaigns within client services and strategy consulting. She has supported AmeriCorps' strategic rebranding efforts, DoGoodery and Propper Daley's impact campaigns, Center for Nonprofit Management's capacity building, and First 5 California and LA Department of Public Health's behavior change campaigns. Sam is driven by her passions for collective action, equity, and sustainability.

Sam received her undergraduate degree in Managing for Sustainability at Bucknell University as a Posse Foundation scholar.

Josh Fryday was appointed California’s Chief Service Officer by Governor Newsom. As a member of the Governor’s Cabinet, he leads service, volunteer and civic engagement efforts throughout California.

Fryday is a military veteran and the former Mayor of Novato, his hometown. He also served as President of Golden State Opportunity (GSO), leading on the expansion and implementation of the California Earned Income Tax Credit (CalEITC) and other programs to provide financial security to millions of low-income working people in California.

Prior to GSO, he served as Chief Operating Officer (COO) for NextGen Climate, a leading national organization focused on climate change and clean energy.

Fryday served in the military as an Officer in the United States Navy (‘09-‘13) as a member of the Judge Advocate General’s Corps (JAG). He was stationed in the Office of Military Commissions, working on the Guantanamo Bay, Cuba detainee cases, and testified before the U.S. Senate Judiciary Committee on the closing of Guantanamo. He also served overseas in Yokosuka, Japan, where he augmented the Navy’s 7th Fleet’s Humanitarian Aid and Disaster Relief efforts during ‘Operation Tomodachi’ following the 2011 earthquake, tsunami, and nuclear disaster.

He also received his undergraduate degree in Political Science and Philosophy from the University of California, Berkeley, graduating Phi Beta Kappa with highest honors. He later served on the UC Berkeley Alumni Board of Directors (06-09), where he co-founded the Equity Scholarship to increase diversity on the UC Berkeley Campus.

He is a former fellow with the Truman National Security Project, former Term Member of the Council on Foreign Relations (CFR), and was a proud volunteer in the Dominican Republic with the Amigos De Las Americas Program. He currently serves as Board Chair for Demos, a national think-tank focused on issues of democracy and economic equality. Josh is married to Mollye Fryday, a public school teacher, and they have three energetic young boys, Shay, Calvin and Tam.

Board of Directors
Jeff Hoffman
Chair

Jeff Hoffman is an accomplished corporate executive who has served on the global stage. Through board and commission leadership roles, he has a distinguished history working with business, non-profit, civic and government agencies on strategic direction and innovative programs.  Jeff has a professional portfolio made up of four components:  His consulting business, Jeff Hoffman & Associates; Founding Leader of the Institute for Corporate Citizenship & Philanthropy; Corporate Governance; and Pro Bono Volunteering/Service.

The Corporate Citizenship & Philanthropy Institute is part of the ESG Center at The Conference Board. Through convenings and research the Institute globally produces and disseminates timely, relevant, and thought-provoking content as well as actionable and trustworthy insights.  As part of his role leading the Institute, Jeff regularly moderates webcasts and podcasts, speaks, and writes on the evolving role of the corporation in society.

Jeff Hoffman & Associates is a global corporate citizenship, philanthropy and civic engagement firm that enables businesses, organizations and individuals re-imagine a world full of purpose, hope, promise and opportunity while strengthening their own enterprise.

Working at The Walt Disney Company for 31 years, Jeff most recently served as Vice President of Disney Worldwide Outreach.  In this role, he had global responsibility for Disney’s philanthropy, community relations and cause marketing activities including its award-winning employee volunteer program, Disney VoluntEARS.

Jeff’s board memberships include Points of Light, California Commission on Service (California Volunteers), and the Center on Philanthropy and Public Policy at USC. He is a Leadership Fellow of the National Association of Corporate Directors.

Board of Directors
Sophia Garcia

Sophia Garcia is the Executive Director of Community Affairs & Government Relations at Verizon where she leads the community engagement strategy in California. She manages the State Government Affairs (SGA) Foundation budget in eight states in addition to serving as the West SGA liaison with the Corporate Social Responsibility team. Before stepping into her current role, Sophia shared responsibility for state legislative affairs in California.

Prior to joining Verizon, Sophia served as State Director of Government Affairs and Community Development for Advance America and as the Director of Finance & Programs for the California Hispanic Chambers of Commerce, engaging in advocacy and strategic coalition-building and mobilization.

Board of Directors
David Porges

David Porges has dedicated his career to corporate responsibility, communications, and social impact. He is currently Director of Corporate Relations with Cal Poly Pomona, his alma mater.

Prior to joining the university, David spent 20 years leading corporate responsibility programs for Deloitte (1998 - 2015) and Grant Thornton (2015 – 2017).  Before joining Deloitte, he led public affairs, government relations and communications at Coast Federal Bank in Los Angeles.  He started his career in communications with Home Savings of America.

David has served on several nonprofit boards and councils in his 30-year career.  In 2013, he received the Outstanding Commissioner of the Year Award from California Volunteers and has also received the agency’s Hoffman Prize for his work in corporate responsibility.

Board of Directors
Chelsea Seabron

Chelsea Seabron is an accomplished corporate leader with over a decade of leadership in the fields of philanthropy, management and entertainment.She currently is the Director of Social and Community Impact for the Jordan Brand at Nike.  Most recently, she served as a Manager on Google.org (Google's Philanthropy) in San Francisco where she led global strategies to engage Google Employees in philanthropic giving and skilled volunteering opportunities that help nonprofits advance their missions within the most marginalized communities. Prior to joining Google, Chelsea was a Strategy Consultant at Booz Allen Hamilton in DC where she worked on Federal grant programs and social impact projects.

Originally from Detroit, Michigan, Chelsea began her collegiate career as a student-athlete (basketball) at Mercer University in Macon, GA and graduated with honors from New York University. Chelsea is the cofounder of BRIDGEGOOD -- a nonprofit focused on design for social good. In her spare time, Chelsea enjoys writing, playing tennis, all things Peloton, and spending time with family and friends (especially outdoors with water views or over good food). 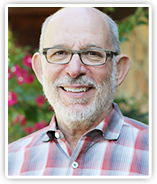 Board of Directors
Richard Goldman

Richard Goldman has an extensive business career most notably as co-founder of Men's Wearhouse which grew to over 700 stores across the US and Canada under his leadership.  Mr. Goldman's expertise includes both marketing and merchandising, as well as communications with Wall Street.  He has extensive public speaking experience and has served as a featured guest speaker at many universities across the country.

Following his retirement from Men's Wearhouse, Mr. Goldman continues today as a consultant to consumer-direct companies and several startups. He is the author of Luck by Design…Certain Success in an Uncertain World (2009) Winner of “Best General Non-Fiction” at the San Francisco Book Festival and a Finalist in the “Self-Help: Motivational” category at the National Best Books 2009.  Mr. Goldman has served on several boards, including Mills College, Rutgers University, the Jewish Community High School and the Graduate School of International Business and Finance at Brandeis University.  He is currently on the board of Demos and is the Board Chair at San Domenico School.